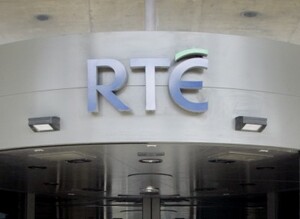 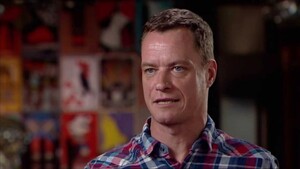 [Rory O’Neill, above, and the RTE campus]

The following is part of a submission by Mark Cullinane, a student and member of the RTÉ’s Audience Council,  to the RTÉ Board yesterday,

Although this topic has received minimal coverage and discussion in print and broadcast media, this issue has generated enormous amounts of interest and amongst friends and acquaintances offline and online. I am raising all of this here today simply because this sequence of events raises a series of important questions concerning not only how public debate is and should be conducted on RTÉ but also the operation of power in this country.

Firstly, why did RTÉ in their initial statement make a link between the interview being edited and Tom O’Gorman’s tragic death? Mr O’Gorman was not mentioned in the interview, and his death took place afterwards. The statement’s claim that the show’s removal from the RTÉ Player is ‘standard practice in such situations’ is simply untrue.

Although programmes are occasionally withheld from the Player for reasons of sensitivity, for example the recent Prime Time segment on the direct provision regime and the créches investigation from last year, in this case, editing the interview to remove a reference to the Iona Institute simply because it happened to be Tom O’Gorman’s employer is quite extraordinary. Censoring an interview on the basis of a link this tenuous, were it to actually become ‘standard practice’, would mean that censorship would occur on a daily basis. For RTÉ to draw an unnecessary link between the interview’s removal and O’Gorman’s death is unseemly.

The legal basis for removing the segment of the interview, in the absence of RTÉ elaborating on both the content of any legal complaint and RTÉ’s subsequent legal advice, it is difficult to comment. What is known however is that John Waters, if he is indeed the complainant as the Irish Independent has asserted, was until a couple of days ago effectively one of RTÉ’s regulators. As solicitor Simon McGarr has pointed out, this “was not merely a letter from an aggrieved citizen to a broadcaster. It was also a letter from one of that Broadcaster’s regulators seeking to have that broadcaster censor a citizen, who was both contributing to a matter of public debate and engaging in a defence of a minority of which he is a member, bona fide and without malice.”

I do not purport to represent the LGBT community in Ireland, but as a member of that community, like Rory O’Neill, I feel it important to bring to your attention how many people feel about RTE’s handling of this situation.

Having suggested on Twitter I may raise this topic today, I put out a further message soliciting views on this issue. I received a range of responses (some of whom, I should say, were supportive of RTÉ’s actions) but what most of them boiled down to was this: many people feel that their national broadcaster is condoning prejudice against them and other LGBT people.

The apology read out by [Brendan] O’Connor illustrates just how problematic RTÉ’s response has been. In particular, the line: “It’s an important part of democratic debate that people must be able to hold dissenting views on controversial issues…” simply begs a whole series of new questions.

Many feel that in this instance, anti-gay commentary has been accorded a legitimacy that would not be shown towards other forms of discriminatory views. A strong view exists that RTÉ should have stood by its man, O’Connor, and O’Neill, for a host of reasons- on the merits of any such legal case, on the principle of free speech, and on the principles of public service which RTÉ is supposed to cherish.

Despite the virtual media blackout on this whole issue, to many who have familiarised themselves with events, it appears that RTÉ took the easy route out and has been cowed. Even if that is not the case, this perception now exists and something must be done to rectify it.

I believe that RTÉ needs to answer why a link was drawn between the death of Tom O’Gorman and the removal of the interview, and why an apology was subsequently issued.

I say all this and ask these questions not to bash RTÉ but because this affair and the reaction to it reflects the growing pains of society, and how the media should respond to a society that has at least nominally has rejected sexism and racism, but where negative reactions to homosexuality still exist and which have real consequences.

The ongoing existence of anti-gay discrimination which O’Neill sought to highlight in the censored portion of his interview will come into clearer public view with the upcoming referendum on gay marriage. It is essential that this affair does not become a template for how negative attitudes towards homosexuality may be responded to in the future, and in my view imperative that the organisation formulates a better way of managing the balance between respecting human dignity and upholding freedom of expression.

By apologising to a few, RTÉ have hurt many. But something good can come from this, if RTÉ sees this as a signal that this is a topic that must be met head on. I look forward to a response from the broadcaster in this spirit.”