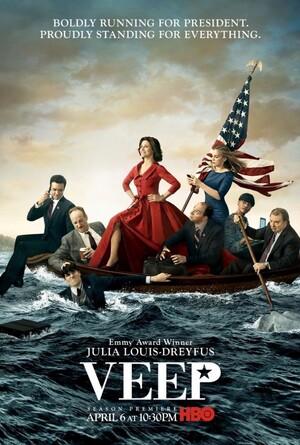 1. Veep got a rough ride critically during its first season, primarily because Armando Iannucci‘s first US show wasn’t a remake of The Thick Of It. He’s smarter than that.

2. Here’s the thing: it’s a different show altogether. More sitcom-like, broader, sillier and – dare we say – occasionally funnier. If you haven’t given it a bash yet, gorge thyself immediately.

3. The second season rocked harder, thanks to a whip-smart ensemble led by the truly incomparable Julia Louis Dreyfus.

4. What’s more, the put downs just keep getting better. Malcolm Tucker would be proud of this gem.