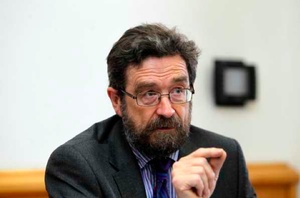 [John Fitzgerald of the ESRI]

The ESRI predicted gross national product (GNP), which strips out the effects of multinational profit flows, would grow by 3.5 per cent this year, and by 3.7 per cent in 2015, rates of growth not seen since 2006.“After a long period of attrition, we are approaching the end of the very painful period of fiscal adjustment,” it said. 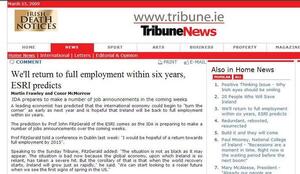 Ireland is now back on a growth path, says ESRI (irish Times)