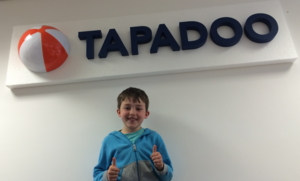 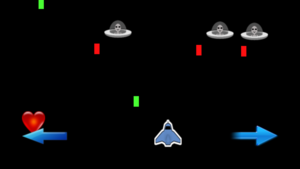 Dermot Daly of Tapadoo (who Niall got in touch with for some advice) says:

[Niall] e-mailed us out of the blue to help him upload his app to the store.

His problems were in the process of submission – getting certificates, bundling the app correctly and so forth. Problems that any developer could run into.  He was quite a dab hand at getting around the keyboard; seemed super-smart.

It’s great to see that people as young as 10 show an interest in software development. I started young myself, and always like to see movements like App Camp for Girls and Coder Dojo. Meeting enthusiastic young developers tells me that the future of software is in safe hands.

It’s fantastic to see someone so young be motivated enough to develop skills still not taught in schools despite all the lip service given to the Smart/Knowledge Economy given by politicians.

Kehoes Crazy War of the Worlds available on the Apple app store now. Why don’t you download and review it to give this budding young developer some encouragement?