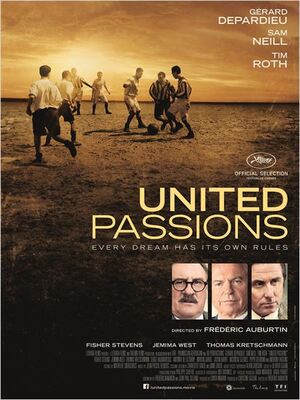 1. So… How’s that World Cup working out for you?

4. The movie reportedly cost FIFA (who financed it) north of THIRTY
MILLION DOLLARS.

6. As we know, FIFA represent all that is good and great about the
beautiful game.

7. The film featured prominently in a recent (and rather inspired) FIFA
takedown by our favourite new TV show, John Oliver’s Last Week Tonight

8. What about an FAI biopic directed by Lenny Abrahamson, with Mark
O’Halloran (alternately Tom Vaughan-Lawlor) as John Delaney? They
could call it Total Balls.

Release Date: Nevember (with an ‘e’)