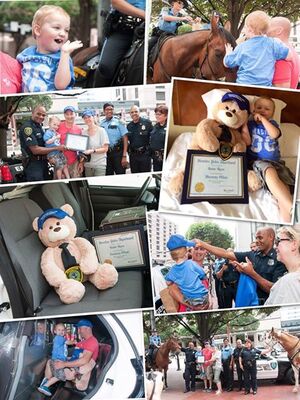 From the Houston Police Department:

“Gavin Glynn is a brave 4-year-old boy from Ireland who recently received a special visit from Houston Police officers. A fundraiser was held in Ireland so Gavin, who has a rare form of cancer, and his family could come to Houston’s MD Anderson Cancer Center and receive treatment. The Garda reached out to HPD since Gavin is fascinated with anything police relate. Gavin was treated to a visit from Mounted Patrol horses Smash and Cushing and several HPD officers. Gavin was also made an honorary police officer. HPD plans to visit with Gavin and his family periodically while he is here in Houston for his treatment….”

Do You Play Tag Rugby?