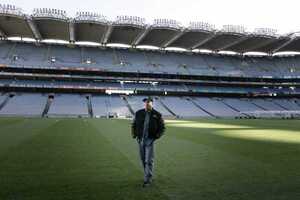 The Chair of the Croke Park Residents committe lives in Castleknock! Only lived in area as a student. Says it all really.

1. The scale, magnitude and number of the concerts with an expected attendance of in excess of 80,000 people per night over five consecutive nights, three of them being week nights is unprecedented for Croke Park Stadium.

2. Three consecutive concerts have already taken place in Croke Park from the 23rd to 25th of May 2014. Given that Croke Park is situated in a heavily populated residential area, five shows in a row following on from the three concerts already held there this year is considered an over intensification of use of the stadium for the holding of special events/concerts. It would be in effect permitting an increase of 100% in terms of the maximum number of concerts that had previously been held in Croke Park in any given year since the redevelopment of the stadium.

3. The cumulative effect on residents and on some businesses in the Croke Park and surrounding neighbourhoods, of licencing five shows in a row, three of them on weekdays, would lead to an unacceptable level of disruption to their lives/livelihoods over an unprecedented and prolonged period caused by, concert related noise, access restrictions, traffic disruption, illegal parking and potential antisocial behaviour. The City Council would also be concerned with the precedent that would be created if five consecutive concerts in a row of this scale were licenced.

For The Love Of Garth

A Postcard From No Monster Club