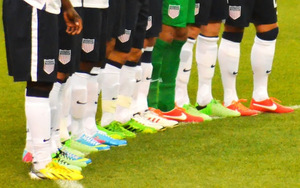 Priest Alexander Shumsky seems to have taken particular exception to the brightly colored footwear on display in Brazil, writing in his column on Christian website Russian People’s Line that players who wear green, yellow, pink or blue shoes helped promote the “gay rainbow.”
“Wearing pink or blue shoes, [the players] might as well wear women’s panties or a bra,” Shumsky wrote, adding that he was also offended by the “unthinkable” hairstyles of some of the players in Brazil.

He’s one  to talk, in fairness… 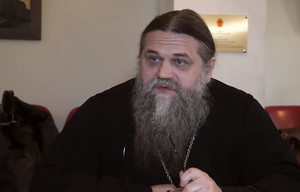 White Men Are Asked To Refrain From Jumping

What You’ll Be Wearing Away This Season