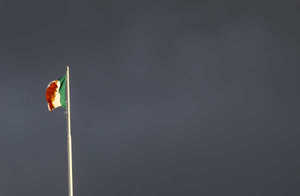 How well do you know your anthem

Delzer, from the People’s Republic of Cork website, asks:

Many people, possibly even most, Irish people, do not know all the words to the national anthem. People want to move on as soon as possible from the silent awkwardness of not knowing it so you’ll hear roars of “C’mon [insert county]!” well before the end of the song.The GAA do almost nothing to promote the Irish language or the national anthem. Almost all the interior signage in Pairc Úi Chaoimh and Croke Park is exclusively in English for example. A small campaign to encourage supporters to sing it could be easily implemented at little or no cost. Instructing teams not to break away before the band finishes playing would help generate more respect for the anthem too.

In fairness, the lads at  [GAA] HQ are busy though. There are pay walls to erect and big country music concerts to sort out.

70 thoughts on “Sheena Feena Fall A Tallish Girl From Sauron”