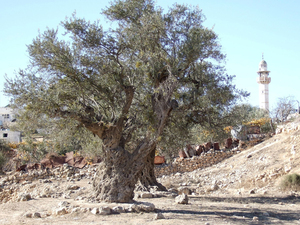 Elaine Bradley is a human rights activist working on the West Bank.

She writes this morning.

Today I learned the skill of bilocation. As I stood attentively in a hospital ward in Hebron, listening to the 19-year-old woman who had both her legs blown off by an Israeli drone as she fled her bombed house with husband and two little children; as I looked at her pale face and sunken eyes; saw the bandage on her broken arm; the bandaged stumps where her legs should be; as I watched her embarrassedly trying to lengthen her nightgown over the stumps, as I listened to the doctor tell me later how she needed a skin graft from half way down her back due to severe burns; as I listened to him tell me how she lost her unborn child; that her husband – in a different hospital – had also lost a leg and was severely burnt; as I listened as he told me that one of her two children is in a Jerusalem hospital with severe burns; as the doctor reminded me that drones have cameras and therefore the targetting of this family was deliberate; as he told me of the psychological trauma she is experiencing, compounded by being separated from her family; as I looked into her pained eyes and listened to this account and three more besides including the story of 9-year-old Hala, the strange fruit found in an olive tree with a fractured skull and broken limbs – blown there by the bomb blast that killed her mother and siblings; as I heard the doctor tell me of the 10,000 people injured in Gaza, 2/3 of these injuries serious – similar to those I witnessed today; as I listened to all this and remembered the details, remembered to turn on and off my recorder, as I smiled in response to sad smiles and greeted people and said thank you and offered good wishes; as I did my job, noticing details, breathing deep, staying calm, being present, I simultaneously stood on the top of a cliff in Allihies facing the wild Atlantic and I screamed and screamed my despair to the wind and the crashing waves.

We Walked In Solidarity