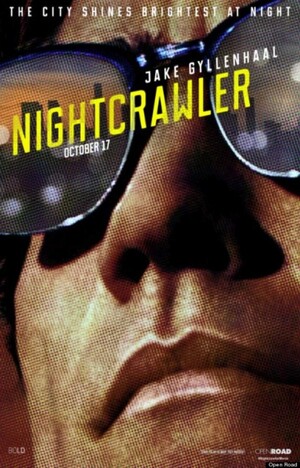 1. Jake Gyllenhaal plays Lou Bloom, an ambitious career-driven journalist. He begins following the emergency services to crime scenes in the hope of being first to break a story. This goes so well that he starts staging his own.

2. Sounds vaguely similar to the TV presenter Wallace Souza, who was accused of ordering a series of murders to boost ratings for his reality crime show, Brazil’s answer to America’s Most Wanted.

3. So nothing to do with Marvel’s teleporting blue elf then.

4. Here’s hoping that the Network (1976) vibe isn’t misleading. The 24 hour news cycles’ unquenchable thirst for content is  begging for satire.

(DelBoy is away.  Mark blogs about film, TV and other stuff at WhyBother.ie)