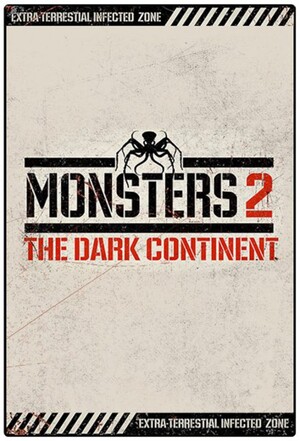 1. Ten years after a satellite crash lands in Mexico, an American soldier stationed somewhere in the Middle East has to cross alien controlled territory to attempt a rescue of his comrades.

2. Monsters: Dark Continent is the sequel to Gareth Edwards’ acclaimed debut Monsters (2010). Edwards just has an executive producer credit on this as he was too busy making Godzilla (2014) to direct the sequel.

3. Scoot McNairy who starred in the original is also an executive producer of this one. He played a blinder in Killing Them Softly (2012).

4. Monsters will become a franchise. There are 2 more sequels planned, one to be directed by Michael Bay. Bring the Rain!

6. The sequel has another debutante in the director’s chair in Tom Green, the Englishman who directed Misfits, not the Canadian habitual attention seeker.