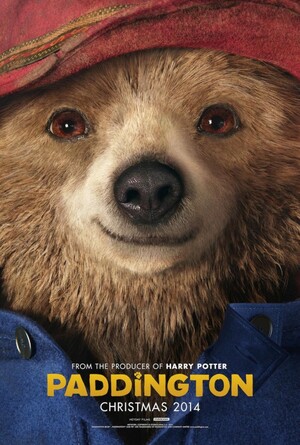 1. A bear from deepest darkest Peru with a passion for all things British arrives in London in search of a new home. He is discovered by the Brown family in Paddington Station and is offered temporary accommodation. His well meaning yet accident prone manner results in all kinds of hilarious banter and hi-jinks.

2. Put your coat on Paddington. Yeez.

3. Paddington Bear first arrived in London in 1958. His Peruvian name is Pastuso.

4. The first Paddington Bear stuffed toy was made by Shirley and Eddie Clarkson with the prototype given as a Christmas gift to their two children; one of whom grew up to be Jeremy.

5. Colin Firth was originally pegged to play Paddington but voluntarily moved aside for Ben Whishaw as he felt his voice was just not suited to the role.

6. Nicole Kidman plays the evil taxidermist who wants Paddington stuffed and put on display. She admitted that her two youngest are not allowed to see the film as her role is “too awful and vicious“.

8. Broadsheet Prognosis: May I look in to your bag please sir? The one with the secret compartment?