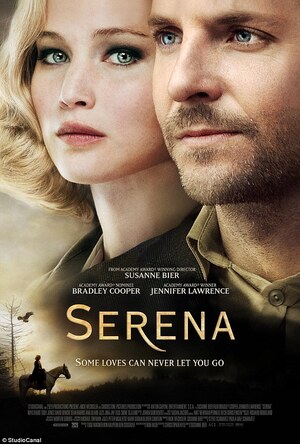 1. Set in Depression-era North Carolina, George Pemberton (Bradley Cooper) is a successful timber magnate. He falls in love with the strong-willed Serena (Jennifer Lawrence), but after they are married he discovers that she cannot bear children.

4. The Academy loves a bit of period drama.

5. This is the third collaboration between Lawrence and Cooper after Silver Linings Playbook (2012) and American Hustle (2013).

6. Principal photography for Serena was completed in 2012, but Bier spent nearly two years in post-production. That’s a lot of editing.