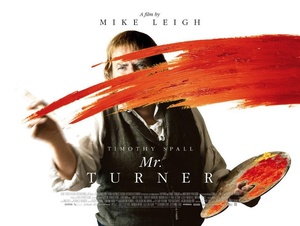 1. Venerable veteran Mike Leigh directs Timothy Spall in this biopic of Victorian artist JMW Turner, one of the forerunners of modern abstract art.

3. Mr Turner received glowing feedback from critics after its premiere at Cannes, where Spall took home the Best Actor award.