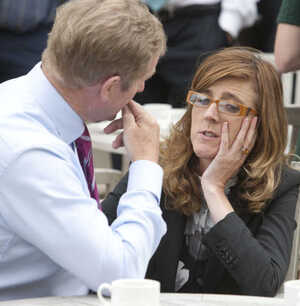 You may be aware of the petrol stretching (sneakily adding kerosene to petrol before selling it) crisis in Mayo.

The Minister will agree that I have described a crisis situation. Confidence must be restored. People are unsure where to buy fuel even though there are reputable dealers. It is not good for business in general. Petrol stations send returns to Revenue every month stating where they source their petrol supplies. What is the Customs and Excise doing about the situation which has been ongoing for a couple of months? If it is a resources problem I ask that it be nailed and resources injected into the service, including the drafting of staff from elsewhere. We cannot ignore the apparent 70% of people who are neither covered by their insurance nor by warranty. I ask what can be done for them. I am aware of people who are unable to afford the several thousand euro to buy a new vehicle and many have been left without the use of a vehicle. The case is similar for new vehicles.
I have attended many public meetings in my area. The main agitators who are throwing oil on the fire are Sinn Féin members but not one Sinn Féin person attended a meeting of 400 people. It begs the question whether Sinn Féin condones the practice. I ask if it could be intrinsically associated with the fact that the IRA has been oft associated with fuel laundering. We know of the very close ties of Sinn Féin with the IRA. I wondered with great interest on the night whether it is condoning what is going on….”

Michelle Mulherin TD speaking in the Dail on September 18.

The Mayo News can confirm that John Sheahan, Chairman of Mayo Sinn Féin, was in fact in attendance at the public meeting in Swinford. Speaking to The Mayo News yesterday (Monday), he said that Ms Mulherin had made no reference to Sinn Féin during that meeting.