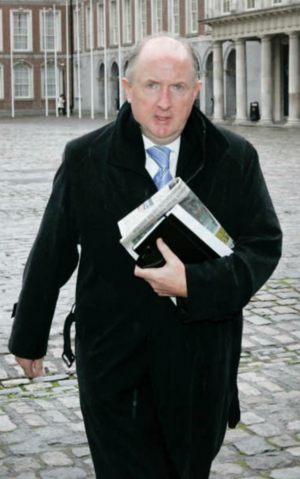 You may have read Malachy Clerkin’s column, headlined Is there no end to Denis O’Brien’s intervention in Irish sport?, in the Irish Times last Thursday.

“It is difficult to see yourself reflected in a national team that on a certain level is just a billionaire’s plaything.”

Further to this, Mr O’Brien’s media gatekeeper James Morrissey has written a letter to the Irish Times this morning, stating:

Sir, – I read Malachy Clerkin’s column in The Irish Times with interest (“Is there no end to Denis O’Brien’s intervention in Irish sport?”, September 18th). Clearly Malachy Clerkin doesn’t want Denis O’Brien to support Irish soccer or Irish rugby. Would he have preferred that these sports would be denied any assistance that just might help them progress? It strikes me as a rather unusual stance for a sports journalist.

If Malachy had bothered to check the facts he would have learned that Denis O’Brien’s support for the Irish cricket team came as a result of a request for immediate assistance during the 2007 Cricket World Cup when they unexpectedly got through to the Super 8 round.

From the general tone of his column it would appear that Malachy would have been happier if the plea for help was rejected. If he has such a hang-up about financial contributions that have sought nothing in return, how does he feel about sports sponsorship?

What strikes me as particularly incongruous is how an advocate of sport could so determinedly attempt to convert what just might be a positive motivation into some covert agenda.

What lies ahead for readers of The Irish Times – Malachy Clerkin rails against corporate branding of sports? Opposing advertising on sports pages? Refuses any element of his salary which might be sourced from commercial activities? Maybe Malachy is a sports journalist who simply does not like sports.

He used to be a journalist.

52 thoughts on “Great Man In A Crisis”