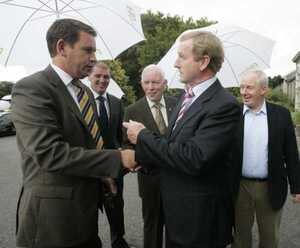 Ability to read a script, grovel before Taoiseach, some ministers are unqualified. John Deasy on #rtenews

Young John Deasy TD has now emerged as the moral core of @finegael in the course of this shattering of the party’s ethical standing. #VinB — Aodh (@AodhBC) September 25, 2014

Fine Gael TD John Deasy – responding to this – tears his party a new one on the News at One on RTÉ Radio One.

“People aren’t qualified for the positions they’re getting. The requisite qualifications are loyalty and – in some cases – being just about able to read a script.”

“People don’t like reasonable, substantive criticism within Fine Gael, if it affects certain individuals, their profile. Even if the individual in question, or the minister in question is doing their job, correctly and properly, I’m afraid they’re down for a slapping down.”

“[Dissent] is silenced by non-preferment with regard to promotion in many cases, subtle threats with regard to nominations, when it comes to the General Election. In many ways, it’s made clear to people – and there’s a sense of fear within the parliamentary party these days that, if you don’t toe the line, well then you’ll be punished. That has been carried out over a number of years and, I suppose in all political parties, there’s an element of that but it’s got to the point now where people are becoming disgusted by the way Fine Gael is being run and I think last night [parliamentary party meeting] was a venting of that.”

Asked if the Taoiseach Enda Kenny was at the “heart of this” problem, Deasy said:

“Well I think it’s very clear from what I’m saying that he is, yeah.”

Earlier: The Process is The One That Fine Gael Has Always Followed

‘It’s The All Boys’ Club In Action Again’ 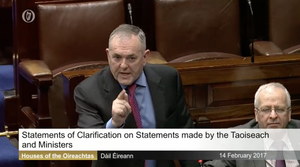 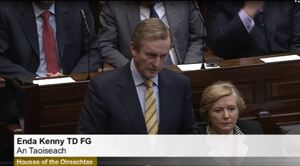 ‘Not Prepared To Talk About The Matter On The Phone’ 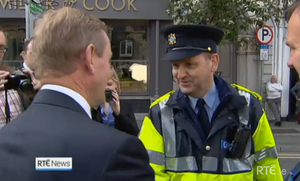 47 thoughts on “Deasy Does It”