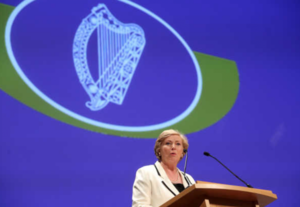 Further to RTÉ reporter Brian O’Connell’s recent interviews with female asylum seekers who say they have turned to prostitution, to supplement the weekly €19.10 they receive from the State, Ms Fitzgerald told the Dáil yesterday:

“I do not accept it is inevitable that women in direct provision must resort to prostitution. I have asked for reports from the Garda on any harassment that might be taking place. If there is information available to show that women are being solicited or put under pressure, that must be examined and managers in local centres must be highly sensitive to it. Certainly, I do not see it as inevitable.”

And, in relation to the recent protests held by asylum seekers at different accommodation centres across the country, she said:

“Protests are taking place throughout the country at present. I appeal to people not to take part in such protests. I am of the view that the way forward is by means of legislation and through the efforts of the working group we are establishing to deal with the issues.”
…
“I hope NGOs are not organising protests outside direct provision centres. I would be very concerned with regard to the impact of this on both the children and families of the protesters…It is one thing to draw attention to the problem. I again call on people not to protest in a way that makes it impossible to run the centres, to have them cleaned and to have food delivered to them. I am concerned with regard to what is happening. Changes can be made without the need for such protest action.”

Previously: “He Took Me Around Some Bushes”

She Fixed The Road