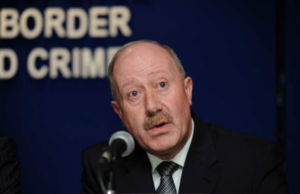 “The evidence given to the committee, and especially the oral evidence of the Garda Commissioner, highlights the challenge posed to Garda systems, especially when information relating to the cancellation of fixed note charges entered the political system and was raised in Dáil Éireann.”

“The Commissioner described the actions of the two whistle-blowers as disgusting and put a huge degree of emphasis on the need to maintain discipline within the force.”

“It appears that the desire to protect the organisation was placed ahead of ensuring that the complaints from the whistle-blower were followed up on and that the Garda Commissioner lost control of the process once the issue appeared in the public domain.”

From a draft report of the Public Accounts Committee (PAC) following its investigation into the penalty point controversy.

3 thoughts on “To Protect And Swerve”