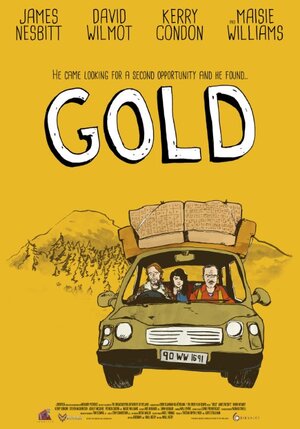 1. Comedy about Ray (David Wilmot), an estranged father who returns to his hometown after an absence of ten years in order to reconnect with his daughter (Maisie Williams) and ex-wife (Kerry Condon) but finds that his place has been taken by PE teacher and life coach Frank (James Nesbitt).

2. “You’re indestructible…” Great, now I can’t get Spandau Ballet out of my head.

4. Who’d have thought that one well-placed moustache could turn James Nesbitt into George Clooney?

5. Nice little trailer with some obvious nods to Alexander Payne. If Heery keeps the comedy subtle, it may be very good indeed.

6. “Always believe in your soul…” Dammit.

7. Broadsheet Prognosis: Could be a winner.