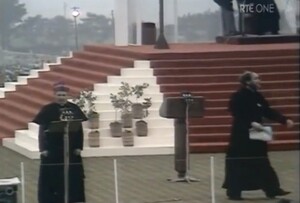 On this day in 1979, Eamonn Casey and Michael Cleary were the warmup act for Pope John Paul II in Ballybrit, Galway.

They wanted to bind us together.

He told us he loved us.

Previously: Where Were You When We Were Getting High?