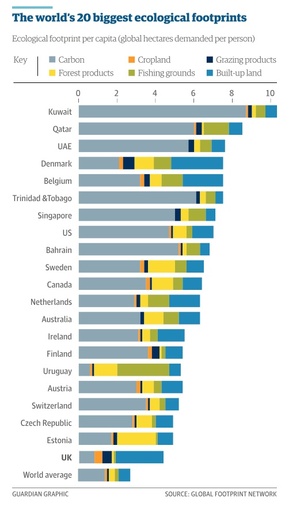 The 14th worst ecological footprint per capita in the world.

Earth lost 50% of its wildlife in the past 40 years, says WWF (Guardian)

Dukes On The Moon