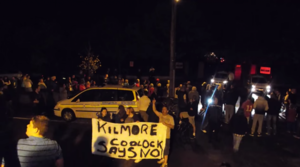 Residents of Edenmore and Surrounding areas marched on Raheny Garda station last night after heavy-handed tactics were used by gardai on peaceful protesters.

Meanwhile, in Limewood this morning … 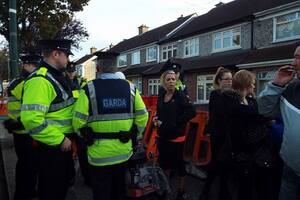 A stand off between Gardai and residents. 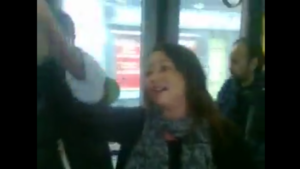 Irish Water protesters have an impromptu sing-song on the Luas yesterday after Judge Max Barrett refused to reinstate an injunction previously imposed by Judge Partick McCarthy on September 19. GMC Sierra, which is installing water metres on behalf of Irish Water in Dublin, wanted it reinstated but lost their bid.

On Thursday, GMC Sierra will ask the High Court to jail the seven protesters for allegedly breaching court orders.

A Rush And A Push