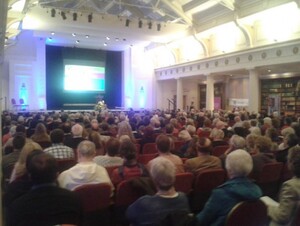 The Pro Life Campaign held its national conference in the RDS on Saturday. One of the issues raised was media bias.

“For over two years now, every time this issue comes up in the news there has been an almost exclusive focus on abortion. This is doing a massive disservice to women. How many women end up going for abortion in this situation having heard nothing whatsoever about the extraordinary support which perinatal hospice care offers to the mother and baby for whatever short length of time the baby may live? There is urgent need for more balance in this debate.”

“A majority of people in this country consistently say that they want to keep a pro-life model in Ireland. Put simply: we’re not into ending lives here. We are into saving them. Recent polls claiming widespread support for abortion fail to take into account the fact that the evidence shows abortion is not a treatment for suicidal feelings. The Government ignored this when introducing abortion last year.”

According to today’s Irish Times, 68% are in favour of referendum in cases of rape or where the foetus will not be born alive.