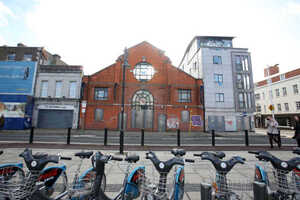 The premises on a 0.68 acre site at the corner of Sir John Rogerson’s Quay and Creighton Street, Dublin.

2000-2007: Site is acquired as part of a larger proposed development assembled by Bernard McNamara and Derek Quinlan.

March-June: Urbanest sell to a “group of private investors” for €10 million

August 2014: Hibernia Reit purchases site for €17.5 million and will form part of a ‘larger development’.

A Reason We’re In This Mess

10 thoughts on “House Of The Rising Sun”