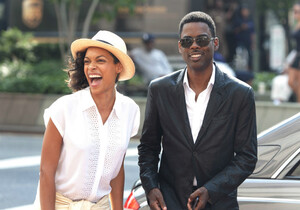 1. Andre Allen is a comedian trying to reinvent himself after a series of really bad big budget comedies. Chris Rock is the triple threat of writer, director and star.

3. The trailer doesn’t spell it out, but Rock and Rosario Dawson’s character will probably hook up at the end of the movie.

4. “Hammy the Bear” looks like something I’d probably watch.

6. Rock and Jerry Seinfeld getting pulled by the cops for speeding is only hilarious.

(DelBoy is prepping the June Rodgers Christmas Show at the Red Cow. Mark blogs about film, TV and other stuff at WhyBother.ie)