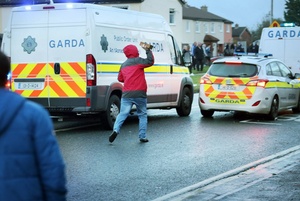 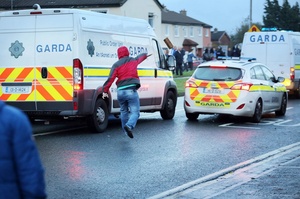 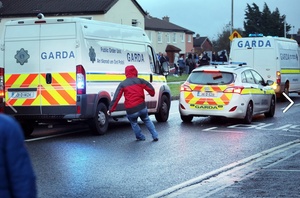 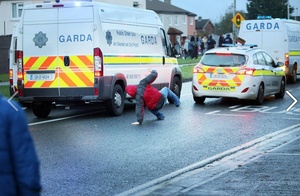 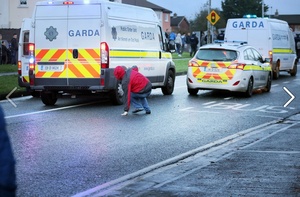 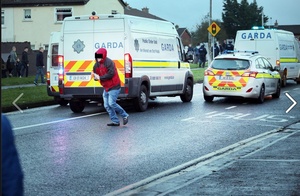 Anti Water Charges protestors have made allegations that I digitally altered a photo of a man throwing a brick at Gardai during a protest in Jobstown where Tanaiste Joan Burton was held captive in her car on Saturday. Above is the sequence of photos as I took them…. 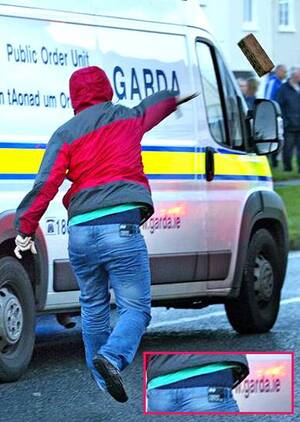 It has been now confirmed to me by a friend of a serving Garda member, stationed in Tallaght, that the person involved in the brick throwing incident was a serving Garda Detective based in another Dublin City Garda Station. The Garda member was shown the images of the person throwing the brick and stated that the blue garment under the persons red jacket is a Garda issue Stab Vest, he had no doubts about that fact….