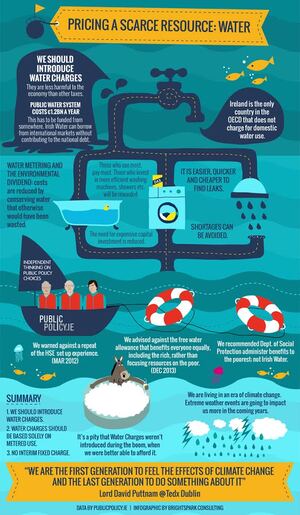 So if you were to take away Irish Water and it’s contractors backed by Ireland’s favourite non-resident billionaire, why should we pay for water separately?

The folks over at Public Policy (a neo liberal think tank backed by Atlantic Philanthropies) produced this infographic with their arguments.