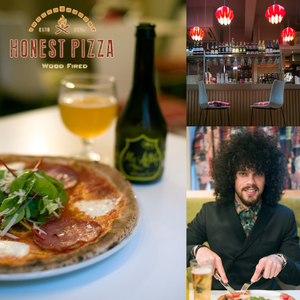 It’ll put hairs on your hair.

Everyone loves an oul pizza … and now Dubliners can enjoy authentic Italian pizzas backed by the reputation of one of the capital’s best-loved eateries. Brought to you by the lads behind Honest to Goodness, Honest Pizza features proper thin-crust pizzas made with top-notch ingredients, baked in a custom-made, wood-burning stove. Situated above Honest to Goodness on Dame Court (opposite the Stag’s Head) smack-bang in the centre of D2. And to celebrate … one lucky broadsheet reader can win dinner for TWO  at Honest Pizza THIS weekend  by completing de following: ‘A thin crust pizza is the most honest pizza because………….”

Lines MUST close at 7.45 (winner will be notified before 9pm)

The Fellowship Of The Travelling Pants

32 thoughts on “Free Pizza And Beer”