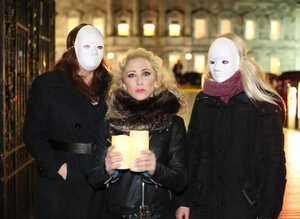 The SWAI is an alliance of sex workers, ex-sex workers and others alongside organisations involved in health and social support services.

They oppose laws criminalising the purchase of sex as only a “human rights approach based on harm reduction and decriminalisation” will protect sex workers and give them access to their rights.