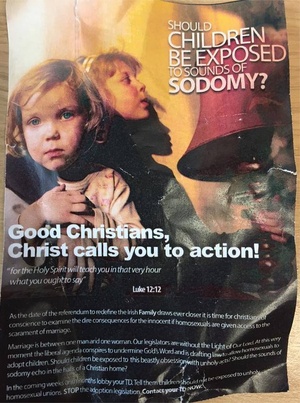 And we’re off..[Anti-gay marriage leaflet handed out in Dublin] Going to be a long few months folks.

101 thoughts on “Sounds Of Sodomy”