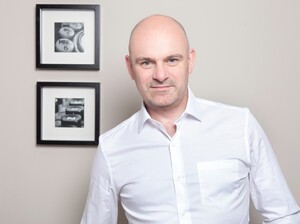 Further to Leo’s coming out.

…For a member of the cabinet to come out as gay  sends a huge message to the public. The message is that our leaders, the people who make decisions that affect our lives, are a more diverse group of people than we might imagine. Gay people are elected and appointed to positions of power too, and it has no effect on whether they can do their jobs properly or not.

For someone like High Court judge, Ms Justice Aileen Donnelly, who has acknowledged her female partner since her elevation to the High Court last July, and had her partner acknowledged by the powers that be, I think it’s about being true to yourself while doing the job you have been entrusted to do by society.

I heard this morning about a 62 year-old man who came out to his family after listening to Minister Varadkar’s interview yesterday. I hope that such inspiration spreads. At this time in the history of our country, when the public are being given the serious responsibility to vote on whether certain people deserve to be treated equally under our laws or not, we need more and more gay and lesbian people to be visible, showing they are just like everyone else, that they have the same hopes and dreams, that they take the same social responsibilities, and hold the same commitment to a good, fair and working society, as heterosexual people. They just happen to be gay.

People In The Highest Echelons Of Ireland Are Out At Work (Brian Finnegan, Outmost.com)

Fear Of A Good Looking Lady

25 thoughts on “Out In High Places”