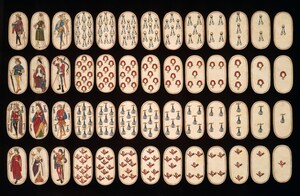 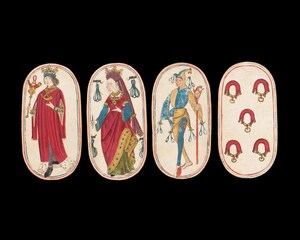 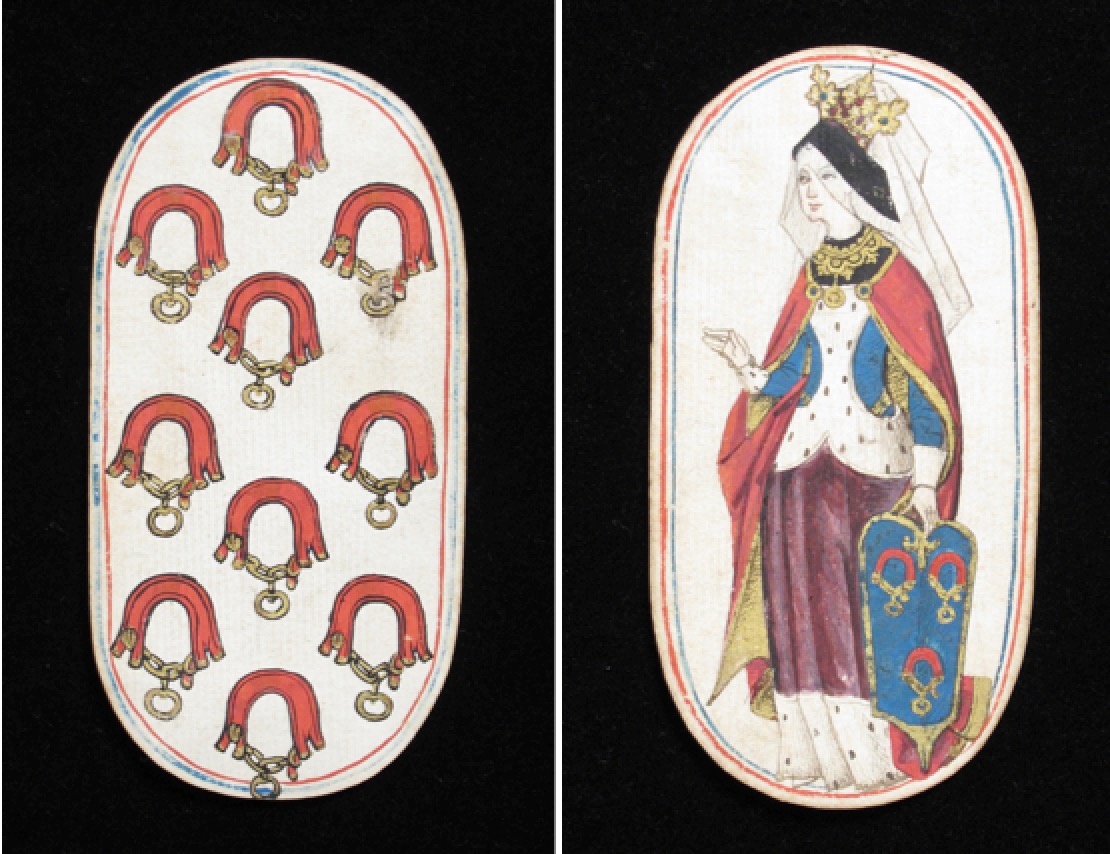 The oldest complete deck of playing cards in the world – the Cloisters set – made in the South Netherlands between 1470 and 1480.

The hand-painted suits (possibly an unused gift and so still in near perfect condition) have a hunting theme with hunting horns, dog collars, hound tethers, and game noose instead of hearts, diamonds, clubs, and spades.

In 1983, the deck was sold for over $140,000 to the the New York Metropolitan Museum Of Modern Art where it remains on rotating display.