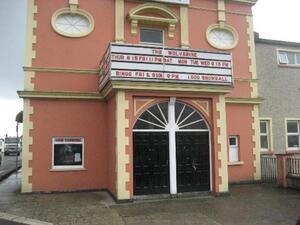 Delighted that Buncrana Cinema will not be screening ‘Fifty Shades’  [Despite being listed in the  ‘coming up’ section on the cinema’s website] Christian campaigner Mary Doherty, who lives in Bucnrana, , described it as a ‘pornographic’ film which ‘portrays and accepts sexual violence against women’.

Initially fearing that the film would be shown however, Ms Doherty said it would be ‘scandalous’ to show such a film under the church’s roof.

This May Never Stop

33 thoughts on “‘This Sort of Thing’ Banned”