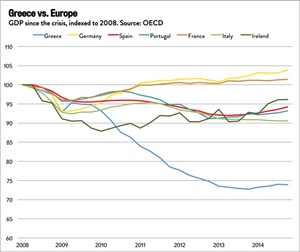 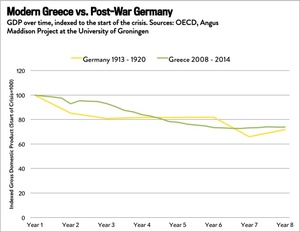 Germany has rejected Greece’s application to extend its loan agreement and renegotiate the terms of its bailout, raising the very real threat of Athens running out of money in the coming weeks.
The Berlin government said on Thursday that Greece’s application for a six-month extension of its loan and a renegotiation of some its terms was “no substantial solution.”

45 thoughts on “Grexit Through The Gift Shop”