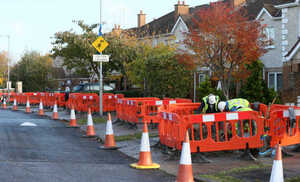 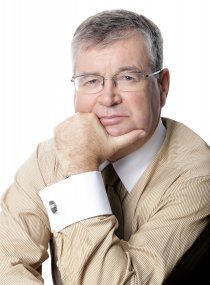 Yesterday Joe Duffy opened his RTÉ Radio One Liveline show with a caller called ‘Grace’ complaining of dirty tricks by water protestors on her estate.

To some, including the host, Grace’s story was a genuine heart-tugging tale of community infiltration.

But many heard something else entirely.

Grace: “The workers for Irish Water came in into our estate, they put the meters in unopposed by the residents, everyone was very friendly with them, some neighbours even offered to, to give them a cup of tea or if they wanted any water, they put the meters in, and when residents came back after being out all day at work they found that the fresh concrete had been interfered with around the meter in some instances people had stood in it and had made a mess of it, so then the workers, I think, called the police, they came and took pictures of the damage and took statements from the residents, but the protesters who came into our estate were uninvited, unwelcome, and were not acting on any residents’ behalf.”

Duffy: “And did anyone see the protestors?”

Grace: “Yes, some were seen the day before, scouting the area, they were in the area at another estate protesting so some of them came up from the other estate to have a good look round, gave the impression that they were going to cause a protest, so the workers were on high alert and there was lots of phoning going on with their supervisors, so they didn’t really go in with the work because they thought that there was going to be trouble, so, the next day, which was yesterday, they got going with the works, and then in the afternoon the protestors came up and did damage.”

Duffy: “Yes, but when you say protestors, how many?”

Grace: “There would have been, maybe, two or three.”

Duffy: “And how do you know they weren’t just vandals?”

Grace: “Because they, you know, were part of a larger group that was close to the estate that I live in, and you know, a couple of them were recognised as being from the larger group because they were seen by my husband who happened to be in the area and he recognised them, and the workers and the police were also aware of them because they had seen them in the previous estates where they had tried to put in the water meters, so, you know, they go from estate to estate, and as soon as the orange barriers go up, the same kind of group of protestors move from one group of houses to the next group of houses so the workers would get to know them.”

Duffy: “Are they carrying placards or banners or chanting or anything?”

Duffy: “And what do they say to the workers if anything?”

Grace: “They are aggressive towards them and I overheard last week in a different estate I happened to be on a walk and I was listening in through the ditch, the language was appalling, the worker was referred to as a something else…”

Grace: “Yes, appalling, absolutely, I mean for children to overhear their parents using this language it was disgusting, and the workers are only trying to do their job and they’re being abused right left and centre, there’s an aggressive element to these protestors, they’re not wanted, they’re not invited and they’re not welcome, and if the Irish people don’t stand up to them, you know, to this aggression and intimidation, it’s basically, a chance for them to, just come into your estate and show some kind of power.”

Duffy: “And Grace, did anybody stand up to them yesterday like?”

Grace: “A lady did, a lady did stand up to them and I’d say she, she was kind of shaking afterwards because she got nowhere with them.”

Duffy: “And what did she say?”

Grace: “She said go away, go away from that, you’re not welcome because I don’t want you anywhere near my meter, and they stood in the meter and they damaged it, the fresh concrete that had just been laid…”

Duffy: “The soft concrete, in other words, that wasn’t set.”

Grace: “Yes, and those workers had to come around and now, today and they have to put in fresh concrete into those damaged holes…”

Duffy: “And is there any sign on your estate, Grace, of people opposing water metres?”

Grace: “Yes there are, there is a sign but it’s a peaceful protest.”

Grace: “It’s in the front window, these signs are pretty common you know in other estates in the area but you know it’s not a violent thing, it’s just a piece of paper on a window, it means nothing really at the end of the day because the meter goes in anyway.”

Duffy: “And what do you think of the water charges?”

Grace: “I have no problem paying them to be honest. It’s just another bill that has to be paid, you know, I feel that.”

Duffy: “Well the slogan for tomorrow is that water is a human right?”

Duffy: “The argument is, you’re already paying for it through your central taxation income tax and what have you, car tax, whatever?”

Grace: “Yeah but the country Joe can’t run on air we have to start paying for things to get it up and running again and you know it’s not going to be a huge amount of money, you know it’s reasonable enough, I’m not a wealthy person, I’m a law-abiding citizen, I voted the government in and I knew it was on the agenda and I voted them in and it’s happening now and most of my peers and most of the people I live with are all in agreement, it’s just another bill that has to be paid and nobody wants any fighting aggression nobody wants intimidation or workers to be hurt.”

Grace: “Yeah, no they wouldn’t do a thing like that because to be honest Joe it doesn’t come into a persons thinking that deeply, people are just getting on with their lives, and they’re just, paying their bills and they’re just accepting the whole thing, workers coming in, they’re just accepting it, they’re not going out of their way to oppose it, it’s, the protestors, what are they opposing, it doesn’t make sense that they go around intimidating people and causing damage, that’s not a good protest.”

Duffy: “Well, the argument would be, Grace, that that’s only a very small minority…”

Grace: “Well Joe, some day I’ll meet you and I’ll bring you to some of the estates where this is all going on its not just a couple of people it’s a group of people and they are vicious. People should stand up to people like that, there’s an aggressive tone coming into these protests and into Irish society generally where people are allowed to push and shove and be aggressive, and it’s not right.”

Duffy: “Yeah but if people are pushing and shoving and being aggressive, there are Gardai there.”

Grace: “The guards, Joe have too much to be doing in their own area to be dealing with everyday crime. They don’t have the resources to be going to every single estate and monitoring it. I mean, one particular estate last week, there were squad cars, there was a van, there was Gardai on bikes, it’s taking up a huge amount of resources monitoring these protests.”

Duffy: “And what do you say to the organisers, I mean the turnout at one stage was 100,000, I know it was smaller the last time but still significant, still very significant.”

Grace: “Well I think the leaders, Richard Boyd Barrett, Paul Murphy they’re educated men and I’m sure they’re people who don’t want violent protests but I think they should speak to the people and re-iterate at all times…”

Grace: “that there should be no intimidation, no violence no interference of property belonging to people, they should not go into an estate…”

Duffy: “And what about your own TDs?”