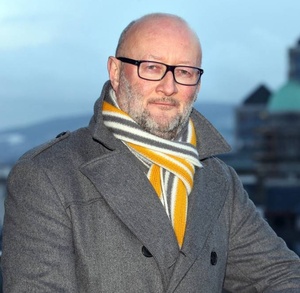 Keith Mills, one of the leading opponents of marriage equality was on the Matt Cooper show on TodayFM yesterday.
Mr Mills, who is gay, was defending the so-called conscience clause in which Christians taking a particular interpretation of the Bible might be allowed discriminate against gay people. The discussion moved on to garage owners refusing to sell petrol to women because they believe, on religious grounds, that women shouldn’t drive; e.g. hardline Muslims….

Matt Cooper: “So if somebody believes, – here is the example that I use, Keith – and we know this is a tenet of a particular interpretation of some world religions, of some of the largest religions in the world – if someone believes that it is against their religion to allow a woman to drive a car, do you think in Irish law their religious conviction should be allowed then to discriminate, to refuse to provide that woman with goods and services related to the driving of a car.”

Keith Mills: “No, because…”

Mills: “Because a man and a woman are equal.”

Mills: “As I said, it would vary depending on the circumstances.”

Cooper: “So it varies depending on what you believe, not on what other people believe.”

Mills: “I’ve outlined where I am on this thing. If they are the owners of a monopoly, and they are the only person that can provide petrol in a neighbourhood, then I think they……if on the other hand, 500 yards down the road, there’s another petrol station, you can go to that one.”

Related: Why I’ll Be Voting No Even Though I’m Gay (Keith Mills, Independent.ie)

62 thoughts on “Women Drivers And Me”