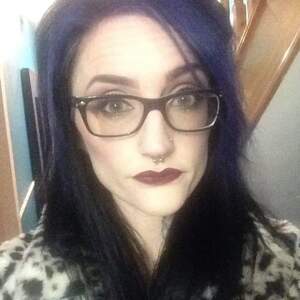 I am writing on behalf on my friend Lisa Naylor, who is too unwell to write herself. Lisa has been battling depression and an eating disorder for many years, and has been surviving quite well until recently. Four weeks ago her community team diagnosed her with a major depressive episode and recommended that she goes into inpatient care to maintain her own safety, as she is extremely suicidal and has tried multiple times to end her life.
She has tried both the public and private system and due to overcrowding and paperwork, four weeks later she is at home alone all day every day fighting every minute to survive. She is tired and has given up. She no longer wants the pain of life and cannot keep begging for help only to be turned away at every avenue.
Below is a copy of an email she sent three days ago to the Minister for Health and the Mental Health Commission.I, and all of Lisa’s loved ones are praying and fighting her case as best we can and would really appreciate if you could highlight this issue.

My name is Lisa Naylor, I am 30 years old and I suffer from depression and an eating disorder. I have been struggling with this current period of illness for over a year and have attempted suicide multiple times and been hospitalised twice; once in John of Gods and once in Lois Bridges. I am currently under the care of Coolock Mental Health Clinic, and have been put under home care as I was seen as too unwell to attend my local day hospital.

Four weeks ago I advised my registrar that I could no longer see a way out of my depression and could not guarantee my safety. After extensive interviews with my doctor, nurses and a local consultant it was decided I needed a short stay in hospital in order to ensure my safety and give my mind a rest from the constant struggle with my self harm and suicidal impulses.

Luckily, I have health insurance, and referrals were immediately sent to St John of Gods and St Patrick’s Hospitals asking for admission for a major depressive episode. In the last four weeks I have spent my days fighting against every fibre of my being to give in to the never ending voices in my head, urging me to end my pain.

I have been self harming almost daily and spend hours face down in a toilet, forcing myself to throw up whatever I have eaten. I feel no joy, I feel no contentment, I feel nothing but self loathing and pain. All day, everyday.

I have been told that as a result of my eating disorder I must wait until the end of May for an assessment in St Pat’s, that I cannot be given a bed to keep me safe until after this date. St John of God’s refuses to answer multiple phone calls and voice mails about an admission.

I have been advised that the public ward in Beaumont is not an option as they are at crisis point. My very dedicated HSE team have literally run out of options and can give me no answers or reassurances.

I am 30, I am suffering, and I have nothing left to give. It took everything I had to tell my doctor how I felt and it was all for nothing. I am going to die because I asked for help and nobody answered.

I am not sending you this email for pity, or dramatic effect, but to highlight the fact that something is very wrong with our mental health system. I am going to die because of paperwork. Please, do not let this happen to someone else.

Down the hole, with a bumped head and bruised soul (Lisa Naylor)

Here Is What I Do Know

29 thoughts on “Please Listen To Lisa”