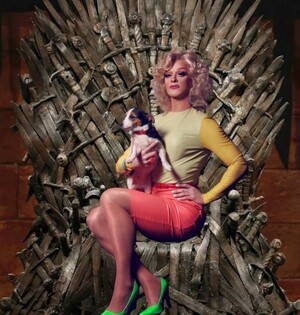 An excerpt from upcoming documentary The Queen Of Ireland, directed by Conor Horgan, who writes:

As the referendum approaches, we are busy shooting the final parts of ‘The Queen of Ireland’. The film is about Rory O’Niell and his journey from the small town of Ballinrobe [Co Mayo] to being a “national fucking treasure”.

We shot a series of in-depth interviews with Rory last Friday, and when I asked him how he’d feel if the referendum wasn’t carried, his answer was so personal and well said that we decided to release a clip from it before the vote on May 22nd. Vote yes!