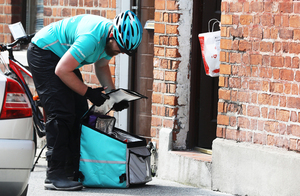 Not all heroes wear scrubs.

It only took a pandemic to reveal some of the most critical and important roles in our society.

When the dust eventually settles on Covid-19, it will be important to have a record, and to remind those eager to revert to “normality” how vital a cog these frontline workers are to our society. Those who:

Clean up after us,

Dispose of our waste,

Keep the supermarkets stocked and open.

We are putting together a short documentary on the disproportionate burden frontline workers are carrying during this time.

The documentary will feature voice-over artists reading segments of transcribed interviews that we have with fronting workers.

If you work on the frontline during these times, we would love to chat to you [at link below]. 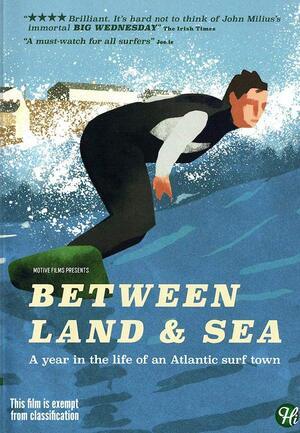 Tonight is the long awaited (by me) Irish TV Premiere of the surf film we made, Betweeen Land and Sea.

It follows a year in the life of surf town Lahinch [County Clare} and features some very unique, brave and sound people. 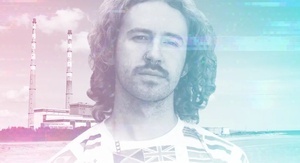 Released on the RTÉ Player TODAY (at link below) as part of the short documentary series, Docland.

Cranes vs Creatives follows stories from The Bernard Shaw, The Dublin Flea Market, Dublin Digital Radio and Club Comfort to find out what is happening to the city.

With hotels and student accommodation being built on every corner are we in danger of losing the heart of the city and the people that make it so vibrant and unique? 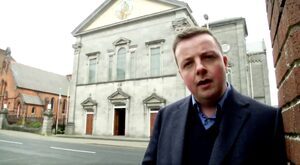 Here’s the trailer for Divorcing God – my new doc about Ireland’s changing relationship with the Church. I went around the country to see the shape of faith today and made it a personal trip to consider my own beliefs. Watch it on @RTEOne this Wednesday 9.35pm pic.twitter.com/YJFaXPjiaF 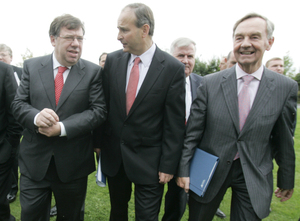 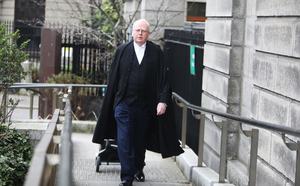 It will recall the June 2002 deal between Fianna Fáil and 18 religious orders, which awarded the orders indemnity against all legal claims if they paid €128m in cash and property.

The agreement was made by Dr Michael Woods, a devout Catholic, on behalf of Fianna Fail, before the 2002 General Election and on his last day in office.

Cabinet approval was never sought for the deal  and it was also never run past the Attorney General of the day [Michael McDowell].

At the time of the deal, the total liability to survivors was estimated at €300m even though no detailed analysis was carried out by any government department.

It’s been previously reported that Mr McDowell and his staff were excluded from two meetings between the State and the orders in November 2001 and January 2002.

“The legal people simply couldn’t have attended – it was a no-go area for them – they had fallen out with the religious.”

“My religion was an asset. They knew me and they knew my work. I can’t say someone else wouldn’t have been able to do the same. That said, they would have known me well.”

“The simple fact of the matter is that the result was that the State effectively signed a blank cheque which cost us €1.4 billion in the end, in exchange for a promise of a contribution of €128 million from the religious orders.”

Two years ago, Seán O’Rourke, on RTÉ Radio One, interviewed the current leader of Fianna Fáil Mícheál Martin about the deal – asking if the Government should revisit the deal considering what had then emerged about the Bon Secours Mother and Baby Home in Tuam, Co Galway.

“The church would never had been coming up with €1.5billion and the legal advice at the time, and I remember speaking to the late [Fianna Fáil] Rory Brady who was the Attorney General [sic], he was adamant that the State would always, because of its involvement, from the inspectorial regime at the time in industrial schools – it was culpable.”

Indemnity And The Religious 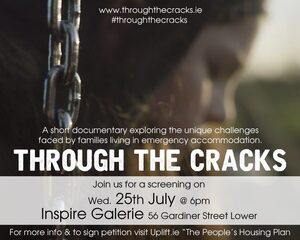 Through The Cracks is a ten-minute film about families living in emergency accommodation in Ireland.

It will launched at Inspire Galerie on Gardiner Street this Wednesday at 6pm, followed by a panel dissuasion chaired by Clare O’Connor, the director of Inner City Helping Homelessness.

Ingrid, who gave a speech at the recent Danielle Carroll Summer School, said:

“When I became a lone parent in 2014, life was very frightening in terms of changing my housing situation and I had narrowly avoided homelessness. However, these stories in the news continued and continued, and I knew when Danielle Carroll died that I could do something, and that I had to.”

The documentary is linked with a People’s Housing Plan petition on UPLIFT calling on the Government to build more public housing and to stop its reliance on the private developers.

It can be signed here 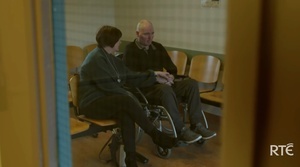 In a new documentary My Broken Brain, Billy Reilly (47) and his wife Sharon tell viewers about the moment that he was diagnosed with Motor Neurone Disease, a degenerative disease for which there is no cure.

Billy says: “I can remember Sharon saying ‘okay, what can we do to sort this?’ and I remember myself saying ‘no, this is a death sentence’. I knew. The word Motor Neurone didn’t shock me. This might sound weird – it wasn’t that it was a relief that he said Motor Neurone but it was more a relief that ‘I am not going mad, I am not imagining this, there is something happening in my body’.” 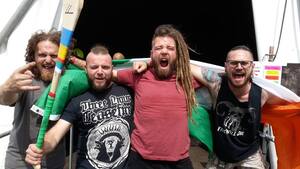 Filmmaker John Mulvaney is one of many to turn his lens on music in Ireland, in lieu of any support for the community by the industry/officialdom.

Thus was born Fractured, a documentary series with an eye on metal and other harsh noises in Ireland, running on Metal Ireland and screening at various festivals and events throughout the past year.

The newest episode focuses on Clonmel prog/sludge outfit zhOra, and explores the band, their music, and growing/sustaining music outside of the industry in Ireland.

New episodes will appear here as they happen, also, but for now, here’s a catch-up playlist of the rest of the series so far, with eight episodes ready to watch. 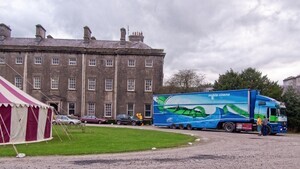 Restless movie theatre Cinemobile Ireland announced yesterday that it is go off the road due to lack of funding..

The truck was to travel to Headfort House in Kells, Co Meath for the tenth anniversary of  the Guth Gafa International documentary Film Festival next month.

Cinemobile Ireland was one of largest recipients of Millenium Project Funding  with a
£500,000 grant.

The mobile cinema was provisionally reserved as far back as last November and the booking confirmed in March of this year.

Guth Gafa received no advance notice before last weekend that the Cinemobile was in financial difficulty or about to cease trading.

We have been left in a really difficult situation. Guth Gafa gets underway on August 3 and will screen over 60 documentary films from all over the world and host visiting filmmakers from as far away as Australia and Canada.

If we can’t come to some arrangement, we will have just three weeks to build a 100-seater flagship venue that will do justice to the work of these filmmakers.” 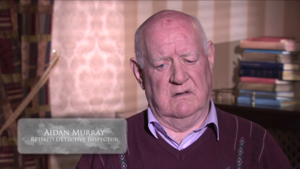 The trailer for a forthcoming documentary, Mary Boyle: The Untold Story, written and directed by investigative journalist Gemma O’Doherty, about the disappearance of Mary Boyle in Donegal in March, 1977.

It includes interviews with retired sergeant Martin Collins and former detective inspector Aidan Murray (top) who recall a phone call made by a politician to gardaí, during the investigation into Mary’s disappearance, and how the phone call led to certain people not being arrested or questioned.

Mr Murray remembers how, during one interview, he “suddenly got a wee nudge” from his superior officer and was effectively told to “ease off” while questioning a man.

Mary Boyle: The Untold Story will be available in full in the coming weeks.