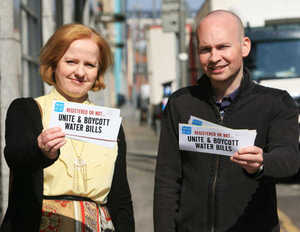 Irish Water has claimed 70% of households (1.32 million people) have registered with them.

What they’re not telling you is two key things:

2. On 19 March, they claimed that 1.23 million people have signed up. So three months have passed, how many ads have played on RTE and elsewhere suggesting you’ll get free money if you sign up? Yet only an extra 90,000 have signed up. How much have they spent on propaganda for each of those 90,000 – €100 each maybe for the ads?

Justice For The Delayed