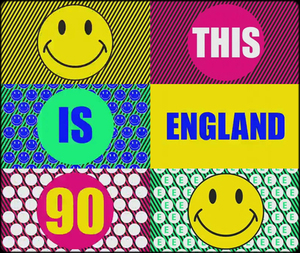 3. It looks like Combo (Stephen Graham) is out of prison. I’d wager that he won’t be on board with the whole “Second Summer of Love” thing.

4. If you haven’t seen the movie or the two mini-series, then you have approximately eight hours’ worth of catching up to do. But what an eight hours.

5. Meadows originally planned to shoot these final four episodes back in 2012, but went off to do his Stone Roses documentary instead.

6. Made of Stone (2013) didn’t really turn out as expected. Meadows definitely wore his fan hat to that party.

7. Broadsheet prognosis: There may be trouble ahead.

Broadsheet Trailer Park: The Place Beyond The Pines

7 thoughts on “Broadsheet Trailer Park: This Is England ’90”