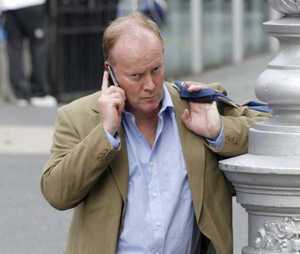 Further to reports that former Fianna Fáil junior minister Conor Lenihan is considering running in the next general election, following approaches from senior party figures in Roscommon, Mr Lenihan spoke to Keelin Shanley on RTÉ Radio One this morning.

Mr Lenihan lost his seat in the 2011 general election and has spent the last number of years working in Russia.

Keelin Shanley: “The issue for people like yourself, you served as junior minister in government, in various departments for about seven years, between 2004 and 2011. You’ve very much associated with the Fianna Fáil government that would have been seen as having brought the country into a very bad state of affairs economically. Have you been detoxified do you think at this point, or is that still an aura that would surround you if you were to run for the party again?”

Conor Lenihan: “Well I don’t think it’s an issue in regards anybody who’s served in that particular government. I think…”

Shanley: “And they certainly did at the last election.”

Lenihan: “I’m not suggesting for a minute that they overlook our previous record in government nor indeed my own. But I think people are free to seek election if they so wish to. And I don’t believe there should be some order out there that people who served in the last government would not or are not entitled to seek election to the next Dáil.”

Shanley: “I suppose, Conor, I mean looking at the fate of the Fianna Fáil party in the last election, you would certainly say the electorate at that point did hold Fianna Fáil TDs responsible for what had gone on.  You clearly believe that that has changed over the last four to five years.”

Shanley: “You believe that’s changed. This rehabilitation has taken place.”

Lenihan: “People were rightly angry at the previous Fianna Fáil government but it’s very clear from the  local election results which Mícheál Martin can take a great deal of credit for, is that in fact the party emerged as the biggest party in the country in those local elections. So I think it’s fair to say that the only empirical evidence we have of what the public think of Fianna Fáil is that local election results where the party not just bounced back but they became the biggest party in the country in the local elections and I believe that result alone means it will be a very big party in the next Dáil. And I think that’s something people should take note of.”

35 thoughts on “Have Surname Will Travel”