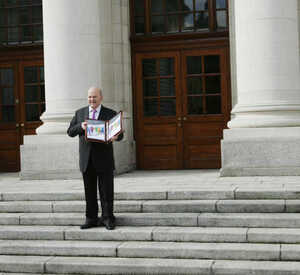 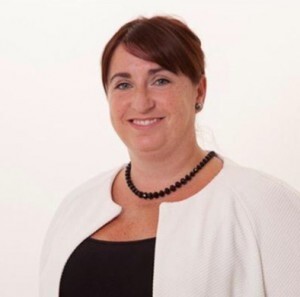 As election looms, the kites are flying high but be wary of what’s to follow.

Look up; all around you, from here on in, you will see the colourful wings of the various kites being flown from Leinster House in advance of the upcoming budget and election. Good news stories, danger stories, warning signals – these kites come in many guises but all with the same purpose – to cajole Joe Soap into believing that the status-quo is the only show in town.

At the moment most of those kites have big juicy carrots dangling from them, ripe for the taking. What you can’t see however, is the big knobbly stick hiding behind that carrot, and it is that stick that’s going to be the undoing of you, and the next generation of you and yours, if you fall for the tempting carrot.

The carrot in this case is the promise of an extra fiver or tenner in your wage packet. Lots of ‘look how great we are, we’re now in a position to give you back a few bob’ is already invading the airwaves and the printed word.  And that’s tempting. Believe me; I understand the lure – who doesn’t need a few extra quid these days? But… and it’s a big but… allowing yourself to be bought off by that small amount in the short-term means we are forsaking the long-term.

Our public services are crumbling around us; we have a healthcare system unfit for purpose with a sink-hole in the middle that simply hoovers up funds; we have an education system with the second highest primary class numbers in Europe; and a childcare model that… well actually, we simply don’t have a childcare model.

Now before the naysayers start screaming about increased taxes, etc., let me stop you right there.  ‘High tax’ is not a pre-requisite for quality public services. What is a requisite is an open, transparent, straightforward tax system that does exactly what it says on the tin.

At the moment we have a piecemeal system of ‘charges’ and indirect taxes to accompany our relatively average direct tax rate.  Our ‘free’ education system almost bankrupts the average family every September just on book costs alone and that’s before the ‘voluntary’ contribution request arrives.

Our health service requires the average person to have €50 minimum to see a doctor or €110 to be admitted to an Accident & Emergency unit before you even see a nurse. Those families with young children who have no choice but to have both parents working, or working single parents, are paying out the equivalent of a second mortgage on an inadequate and undervalued early childcare service. That’s before we even get into a conversation about housing or social work services.

Speak to anybody with any experience of living in the northern European countries and they will talk to you about the emphasis on childcare; the value placed on universality in healthcare, the fact that their average life-span is greater because there is such equality of access to a readily available healthcare system with a priority placed on primary healthcare.

They’ll tell you lots of good things but they’ll also tell you that yes, they pay taxes to fund these quality services. What they’ll also tell you is that once they pay those taxes at source, they are rarely requested to put their hand into their pocket again in order to avail of the services. They don’t pay PRSI, and then go along to the hospital to discover they have to pay to set foot in the door. They don’t pay USC, and then discover that it effectively funds nothing but the black hole of Government debt.

We need to recognise that we pay significant amounts of our incomes in order to access basic public services and then, when we need to use those services, they are rarely, if ever, fit for purpose.  So it is dishonest in the extreme to say that quality public services can only result from increased taxes. What is required is  adequate taxation within a redesigned, transparent system whereby you pay your taxes and you get your services and you don’t pay again when you have cause to access those services.

In the upcoming budget the carrot will dangle large but keep in mind the stick. How have giveaway budgets served us in the past? Let’s be brave. Let’s not do the wheel of fortune giveaway with our future. Let’s think about the next generation rather than the next election.

Anne-Marie McNally is a political and media strategist working with Catherine Murphy TD and will be a candidate for the Social Democrats in the next General Election. Follow Anne-Marie on Twitter: @amomcnally