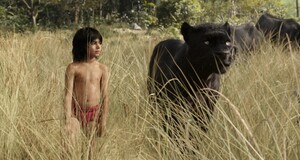 2. We already had a well-received live-action version with Jason Scott Lee back in 1994.

3. And Andy Serkis is also shooting a version for Warner Bros, due in 2017. Bet he plays a monkey.

5. Not sure about Scarlett Johansson as Kaa, though.

6. Broadsheet prognosis: REMAKE ALL THE MOVIES!!!