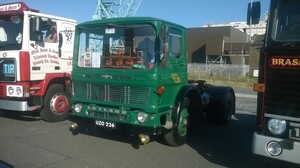 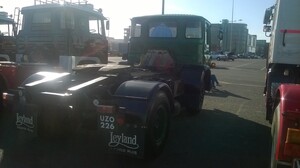 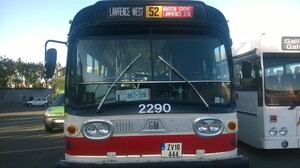 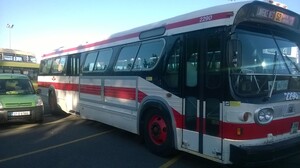 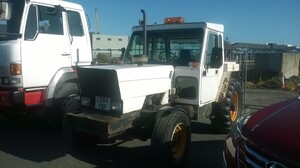 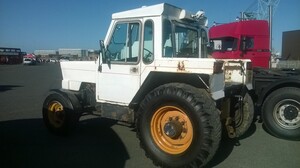 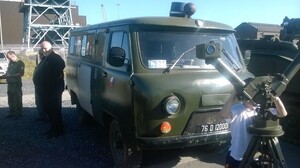 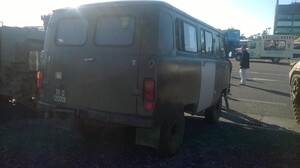 The second Dublin Port Rally took place over the weekend.

The rally was located in an open space beside the Dublin Port Centre in East Wall and we were treated to warm, sunny weather all afternoon. The rally mostly comprises buses and commercial vehicles but there was a small selection of cars, motorbikes and military machinery also. I have a store of findings but you’ll only get these four for now.

1969 Leyland Beaver: CIE first acquired this truck in April 1969 and its first twelve years were spent hauling cement from Drogheda. It operated in the road freight division in Galway in the early 1980s and made a final transferral to Donnybrook garage where it was used as a tow truck. The Leyland was restored in 1998.

Canadian GMC Bus: When I first entered the premises, this Ontario bus was leaving and I thought I’d missed the opportunity to scope it out. Luckily it was just being given a run with some keen enthusiast passengers and returned some time later. The original Ontario registration is still visible on the dashboard. It dates from some time in the early 1980s.

1986 Trantor: Quite an eye-catcher this one. According to the owner it is labelled a “truck-lorry” and was assembled by a crowd called Trantor. It is, in essence, a mish-mash of different machinery: it is powered by a Perkins 6 cylinder diesel engine, has an Albion back axle and runs a Bedford gearbox. Only about 17 were ever made and this one was bought in Northern Ireland. Yes, it is still in regular use on the owner’s farm!

1976 UAZ-452 ‘Bukhanka’: UAZ were a manufacturer from the USSR and here is an example of one of their military ambulances. It was used by the Czech army and dates from 1976. Production of these “Bukhanka” vans began in 1965 and, in ambulance form, they could hold up to four stretchers. They were 4×4 and well capable of going off-road if needed be. 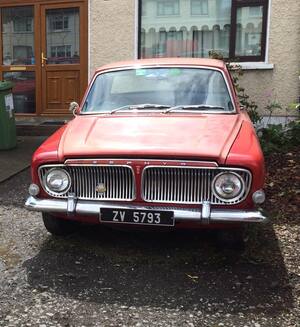 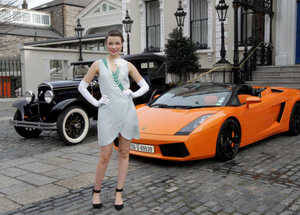 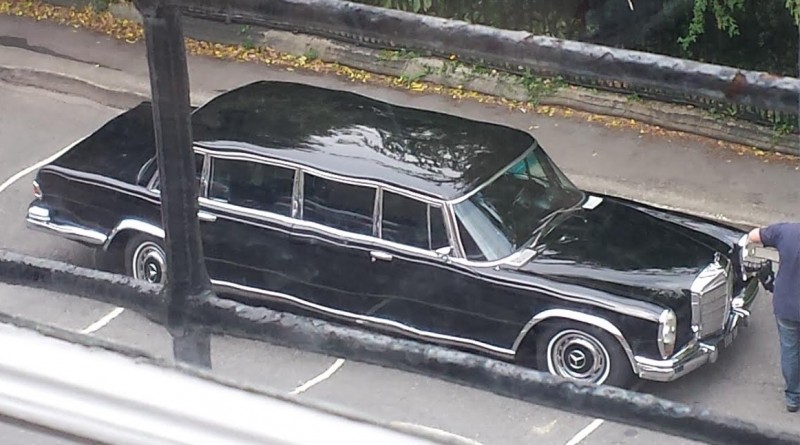 8 thoughts on “Classic Larger Vehicles In Your Area”