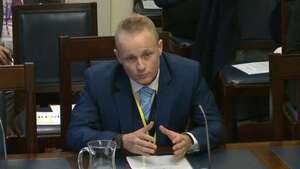 PAC in Dublin say: Daithi McKay will give a statement to the Ctte. Jamie Bryson will not be giving evidence or appearing before the Ctte

I believe that the PAC committee have rowed back from the initial invite that had been extended by the Chairperson. — Jamie Bryson (@JamieBrysonCPNI) September 30, 2015

Given how much Jamie knows about the #NAMA pre-sale machinations, this is a lost opportunity. https://t.co/fqoxCw1wYX — NAMAwinelake (@namawinelake) September 30, 2015

Nama will be appearing before the committee tomorrow at 10am.

Previously: Nothing To See Here

Correspondence from PAC Chair has confirmed they will discuss at tomorrow’s meeting whether to take evidence from me.