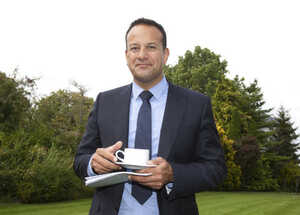 A sugar tax in today’s budget?

When a right-wing Minister for Health calls for a sugar tax to combat childhood obesity, he deserves applause. How wise it was for Leo Varadkar to announce his support for such a tax last week. After all, a quarter of Irish three-year-olds are now overweight or obese. We are talking about the greatest public health crisis in the history of the state.

The only problem is that Leo Varadkar doesn’t want a sugar tax. He regards such taxes with contempt. The Minister revealed his true colours in the Sunday Independent on August 23rd, when he boasted that his favourite thing about Ireland is “our unique culinary delights like red lemonade and Tayto crisps.”

When a politician boasts about his love of sugared water in the middle of an obesity crisis, it seems a bit irresponsible. When he is also a qualified doctor it seems bizarre. But when that same politician is also the nation’s Minister for Health, our kids don’t stand a chance.