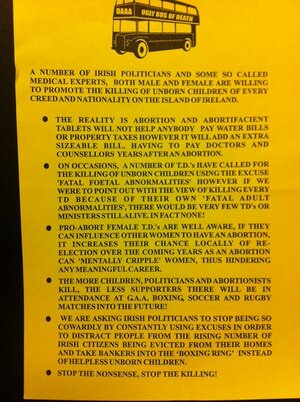 Fresh pro-life flier dropped through my letterbox! This is probably the best one I’ve ever seen.